When I was in secondary school in Seremban, in the 70s, my class consisted of Malays, Chinese and Indians. We were a happy lot back then, intermingling and studying with one another. We had classmates who became “subject references” because they were good in those subjects. For example, we had Yong Foo Ngok who was a point of reference for physics subject which was normally a killer subject those days. I think it still is until today. So, Foo Ngok’s physics homework book would be circulated around the class for everybody to use it as a reference to make modifications to their homework. I was a “subject reference” for modern mathematics and my homework book would also duly make the rounds. Not only that, Foo Ngok and me and others would readily offer tips on how to solve problems related to our subject matter. That was how we helped each other to gain distinctions in the MCE as it was known back then.

Almost 40 years had passed since then, a lot of physical and economic development had taken place. Expressways had replaced what used to be trunk roads linking one town to another cutting the travelling time by half or less than that. The towns had transformed into cities. Towering skyscrapers and concrete jungle dotted the Kuala Lumpur landscape nowadays. Shopping malls of various sizes and shapes have become magnets for shoppers to flock to and do their purchasing. The car parks are so huge nowadays that if you don’t remember at what level you’ve parked your car, you could spend hours just looking for it after shopping.

Despite the economic progress, whatever happened to social progress in terms of inter-racial and inter-religious relationships? Has it progressed or has it retrogressed?

To my mind, as a university lecturer, I see the microcosm of the society in my lecture class. The Chinese would be huddled together in one section of the class, the Malays would hold their own in another part of the class and the Indians would be lumped together in yet another section. I’ve asked them why and the answer that I obtained, besides glancing looks, was that it was a natural thing to do. Hence, in class, whenever I divide the class into groups for assignments, I would always make sure that the groups would be mixed. If I let them choose their own groups, I don’t have to be a rocket scientist to know what composition the groups would comprise of.

Given the nature of polarization in our society forthwith, the above scenario is not surprising. The “threats” seemingly to our survival, our religion, our place in the constitution as expounded by the media and leaders alike, have consigned us to develop a fortress mentality. We can only succeed if we stay together and we must be suspicious of others, unfortunately, is the message indoctrinated to all and sundry. Thus, it is of little wonder that we get these sorts of groupings in class. They just simply do not know how to mix because they never had the chance to mix while growing up. If you ask any of the Malay, Chinese or Indian students in my class whether they have any hand phone numbers of their classmates which are not from their own race, the most likely answer would be negative. Equally baffling, is the fact that they don’t even know the names of some of their classmates. What if this little scenario is reflective of other classes in other universities and workplaces as well?

The recent postings in a blog of Muslims seemingly being converted to Christianity and being baptised in a “church”, which were proven to be a fake anyway, seems to be orchestrated to disseminate a certain hate message.  This to me is a disturbing trend.

We must find a solution on how to depolarize our society. National reconciliation is the way forward. I applaud the formation of the National Reconciliation National Committee. I hope that it will be able to obtain positive and beneficial feedback from the national unity road shows that it is presently conducting. Any national policies arising from the recommendations of the National Reconciliation committee must be backed up by concrete action. We must find a way how to make our young and old intermingle with each other again, how to play games together again and even, how to laugh and cry together again.

Time and again, we have seen national catastrophes bring the nation united once more. This is no different with the case of MH 370. We have seen an unprecedented outpouring of thoughts, emotions and prayers coming from all races and religions and from all segments of society, too. The whole nation awaits the news on the fate of the aircraft with anxiety and is praying very hard that the mystery will be solved very soon. This is also a time to be reminded that notwithstanding all the technological advancements that man may have made, ultimately, it is Almighty Allah that determines his destiny. Overall, this reaction from the masses must be commended and this opportunity seized upon to promote national integration. 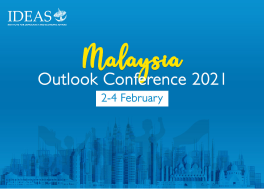 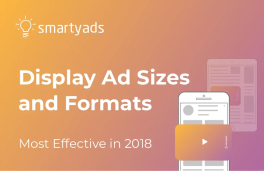