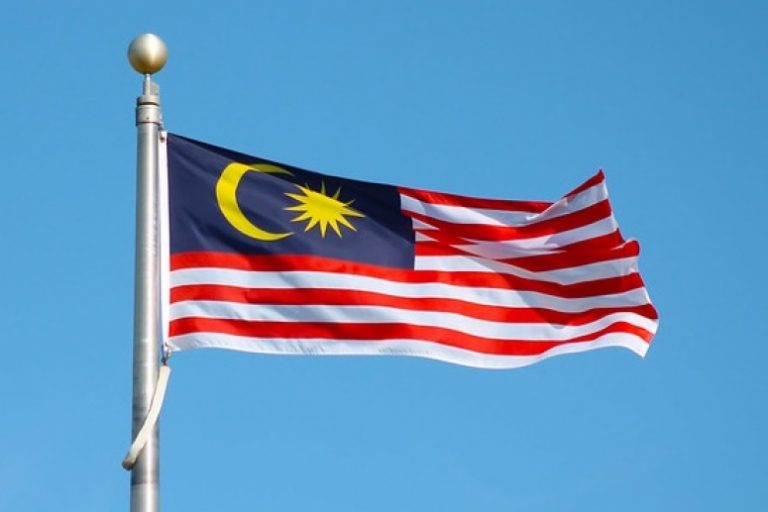 After more than a year in the pandemic and with a state of emergency ending soon, Malaysia is facing crises like no other. While we are not yet a failed state, we have the potential of being one if the nation does not take a different course to arrest the health, political and economic crises we are currently in.

To our relief, after a slow start, vaccination progress had accelerated in recent weeks – surpassing a few other nations that the world look-up to. Nevertheless, the vaccination programme is not without criticisms and controversies.

Over the past few months, much has been deliberated about the health, political, social and economic crises facing the country. When we look deeper, we should be able to search for the root causes. In doing so, perhaps we can find the much needed cure, even though the pandemic on its own is unprecedented.

Assuming that we would be out of the health crisis once the nation reaches herd immunity in tandem with public health safety measures, what is left to be resolved is the road to economic recovery and the implications of the pandemic aftermath. What we must not forget is the systemic status quo, and that is the issue that has been facing the nation for decades.

The wicked problems are to do with the three-headed monster, in the words of Datuk Seri Nazir Razak in a recent public forum organized by Pertubuhan IKRAM Malaysia (IKRAM). The three heads are identity politics, money politics and concentration of power at the Prime Minister’s Office (PMO). These decades-old problems have been plaguing the nation, so much so that, in Nazir’s words, there is no economy in Malaysia, only political economy.

Arguably due to identity and patronage politics, the inseparable nature between business and politics in the country has been hampering the nation’s progress, particularly in the decades following the end of the National Economic Policy (NEP). Malaysia has since missed the targets of Vision 2020. The World Bank in its recent report in 2021 highlighted Malaysia’s slow progress – relative to other similar nations, in transitioning to a high-income nation.

As a result, the nation is in the middle-income trap. While a high-income nation is not a be-all target that the country should be aiming, it is still an indicator of a nation’s progress. Even as we look at other economic or social dimensions, income inequality or social cohesion for example, unfortunately, we do not seem to be making much progress either.

That brings us to the fast-changing, dynamic nature facing our society today. In the age of uncertainties, social media, disruption, information overload as well as misinformation, gone are the days where the government knows everything. Increasingly, in addition to their personal wellbeing, the public is asking for transparency and accountability from the government. The era when the actions and personal lives of politicians are not subjected to public scrutiny had elapsed.

In Malaysia’s case, following the last general election and the fall of PH-led government in 2020, Malaysia no longer has a strong and stable government. The question is, given the dynamic nature of our society and with the emergence of younger voters, is government with a razor thin majority in Parliament here to stay, post GE15 and beyond?

If so, can we move towards a more mature democracy? Are we able to create a political ecosystem that is based on substance and inclusivity, more deliberative in nature, rather than mere rhetoric and stands based on party lines?

How do we heal the ailing nation? Do we need a complete system overhaul, or a reset? Breaking down further, how can we decouple or reduce intertwine between politics and business in this country? With reduced trust on politics and politicians, would we see increasing role of civil society until such a time when a more conducive political system is in place?

Do we have a solution in sight?

For a start, Malaysia needs a rakyat-centric government. Much has been said about the need for systemic and structural reforms, be it in the political, social or economic spheres. Indeed, there has to be a reconstruct or resetting in relation to the present context and challenges faced by the country. And yet, such reforms remain only as idealistic aspirations. While there has been euphoria – in expectation of reforms, following the change of government in 2018, the much needed reforms still remain elusive.

Currently, in the absence of clear and strong leadership at national level, the question we ask is whether or not deliberative or participatory democracy can offer a solution to the current political imbroglio? In this form of democracy, a fresh political environment is created in which the voices of the rakyat are represented through a citizens’ assembly.

Accountable to the parliament, the citizens’ assembly deliberate issues of national importance, with advise from experts sought as and when required. To implement this, we can draw lessons from the models of citizens’ assembly as practiced in countries such as Ireland and France. With deliberative democracy, we anticipate a more rakyat-centric government would emerge.

For the mid to long-term, we believe there’s a strong need to educate the Malaysian public on democracy and what it entails, with emphasis on the criterion for choosing leaders to represent them. With a more educated public, hopefully, a new, mature and deliberative democracy would emerge in the long run.

Inevitably, Malaysia must be prepared to navigate the future, recognising domestic and external uncertainties. Question remains as to whether there would be a post-pandemic scenario or do we just have to learn living with Covid-19, as already suggested elsewhere?

Pre-pandemic, we are already facing the challenges associated with the age of disruption, gig economy, IR4.0 and the US-China trade war. These challenges remain, as regional and international realities continue to present further opportunities, as well as threats in a wide range of areas.

The future doesn’t have to be grim. However, substantial systemic changes are needed to put the nation back on the right track. On its end, civil society is working to contribute more through public education and advocacy work – as a key partner in nation building. As a matter of fact, the recent formation of Tindak!, a coalition of civil society to present demands from the rakyat, to the powers that be, is a testament of civil society’s commitment.

The future of the country is in the hand of all Malaysians. However, for meaningful change to happen at national scale, there must be positive changes that start from each individual. 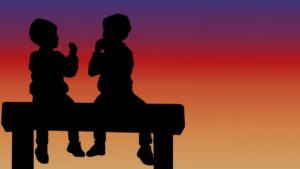 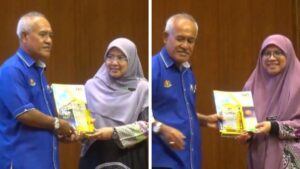 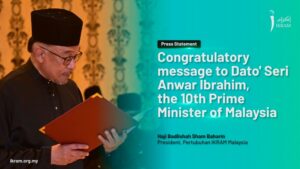 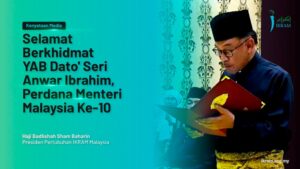