The Star : Islamic scholars fighting the spread of IS ideology PETALING JAYA: Islamic scholars in Malaysia insist they are against the Islamic State (IS) terrorist group and have done as much as they can to fight the spread of its ideology on the home front.

Malaysian Islamic Development Department (Jakim) director-ge­neral Datuk Othman Mustapha said they had been making a strong stand against the terrorist group since last year, with a fatwa (edict) from the National Fatwa Council ruling that the call ofjihad and martyrdom of IS as unIslamic.

“A fatwa against IS was declared as far back as last October and we made it available on Jakim’s e-fatwa website.

“The Fatwa Committee of Malaysia’s National Council of Islamic Religious Affairs had ruled that the terrorism ideology and violent conduct of IS is against Islam.

“It also ruled that Malaysian Muslims who join IS are not fighting in the name of jihadand their deaths are not syahid (martyr) under the Islamic law,” said Othman.

He also refuted public perception that Jakim had spent too much time on “unimportant” issues, adding: “Both K-pop and IS are societal crises that have to be taken seriously. They reflect the weakness of character and lack of religious knowledge among the young.”

Islamic NGO Pertubuhan Ikram Malaysia (Ikram) president Dr Mohd Parid Sheikh Ahmad said while both issues had negative influence on young Muslims, they were poles apart and needed to be dealt with differently.

“IS is a security issue that threatens the whole society,” he said.

Ikram, he said, had used every opportunity to make a strong, public stand against the militant group.

“Our group’s principle is anti-violence and the extreme violence and cruelty of IS – murdering hostages, civilians and humanitarian workers – proves that they are not struggling for jihad or in the name of Islam,” he said.

Agreeing that Islamic scholars have been speaking up against the scourge of the militant group IS, Perlis Mufti Datuk Dr Mohd Asri Zainul Abidin nevertheless conceded there were those who seemed pre-occupied with other things.

“The fatwa against IS shows how serious we are in the fight against the terrorists.

“But there are some who were too focused on the K-pop issue when the world was worried about the threat of terrorism on young people.

“You can’t say that Islamic scho­lars need to leave the other issues they are concerned about behind, but they also have to address the big issue impacting Islam at the moment which is terrorism,” he added, stressing that the scholars with “followers” especially had a responsibility to preach against terrorism.

Dr Asri also rebuked Bukit Aman’s counter-terrorism division senior official Datuk Ayub Khan’s recent claim that some of the religious authorities and scholars in the country were quietly sympathising with the IS.

“He cannot associate terrorism with religion or make it into a sectarian issue.

“Terrorism has no religion. It has no sect. Terrorism is terrorism,” he said. 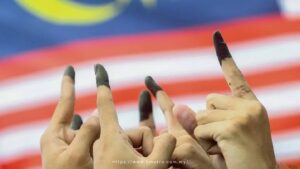