Alhamdulillah, I’m grateful to Allah SWT for gracing us to gather here tonight for this public forum.

On behalf of Pertubuhan IKRAM Malaysia, IKRAM, it gives me great pleasure and privilege to welcome all of you to this Public Forum. I wish to take this opportunity to convey our appreciation to the panelists, the moderator, the organizing committee and audience for making this FORUM possible despite of the many challenges that may have been faced, among them venue, timing which coincides with school holidays and big programmes during the weekend.

We do apologise for any inconvenience it may have caused. Believe me, it is not easy to organise a big event involving international speakers. But Alhamdulillah, Allah knows best. As you are aware, we have had a few changes of the panelists within the last week. But nevertheless, we are fortunate to now have three prominent panelists rather than just two. InsyaAllah it is worth every minute of the headaches and we ask for Allah’s blessings.

IKRAM brings this public forum to you at the background of the most important event for many decades that has rocked the international community, that is the Arab uprising or radical transformation in the Middle East. Although events may have subside since the first uprising in Tunisia and then Egypt early this year, however the repercussions are still on-going in other parts of the Middle East especially in Syria, Libya and Yemen.

Yesterday, news reported of Yemen possibly going into Civil War following the attack on President Ali Abdullah Salleh. Fighting which is escalating into all out war between his own loyalist troops and members of a key tribe that have turned against him. But who knows, maybe this is just a ploy to sustain him in power.

Despite this, the changes in Egypt have been remarkable and astounding through the inclusive approach of youth, civil society, ulamas and religious groups especially Ikhwanul Muslimin. Hosni Mubarak and sons are due to go on trial. Rafah border crossing has now been re-opened after a four-year blockade. Terms such as freedom, change, democracy and justice, that was perhaps foreign to the Arab world before became the buzz word today. Freedom, democracy and justice. It opened up opportunities never seen before.

It also saw the rise of Ikhwanul Muslimin being probably the most under-estimated, under-rated and sometimes misunderstood Islamic Movement in the World. But then their role was pivotal in the uprising in Egypt and perhaps in the Middle East. They were suppressed and oppressed by the most brutal regime of the day. They bore all kinds of oppression. They were banned and persecuted for more than a half century but they persevere. And today, most people say their patience and perseverance paid off handsomely.

IKRAM believes that the achievement of democracy and the embodiment of human rights in the Arab world is an absolute necessity and requires a broader engagement of all citizens and political and social forces. This involves profound and effective political reforms that respect rule of law and institutional integrity based on the principle of justice, transparency and separation of powers. IKRAM and we believe other NGOs and organizations including leaderships of the country, must learn from the incidents around the globe, be sensitive and align it for the betterment of the ummah.

IKRAM believes that the agenda for change must be beneficial to the ummah, nation and civilization, to encourage peace and wisdom not violence and force, to build institutions that provide services to the people and to enjoin good and justice for all irrespective of race or religion.

I’m sure we will hear more from the panelist on this, the impact of the situation of the greater middle east and other parts of the world. We can discover and explore common themes that will be beneficial to all mankind. The teachings of Islam propagates for peace and justice but not at the expense of violation of basic necessities and human rights such as freedom of expression, freedom of livelihood, freedom of religious practices and freedom of one’s own property (maqasid syariah). The teaching of Islam also propagates for the upholding of justice and human dignity for all in its true sense.

In closing, I wish to convey my gratitude to the panelist, moderator and the organizing committee consisting of the International Relations Committee, Civil Society (Masyarakat Madani) Committee, Information and Media Committee (IKRAMedia), Political Bureau Secretariat, IKRAM PJ, IKRAM SJ and to all who have contributed to the Public Forum becoming a reality tonight. May Allah shower his blessings and forgives us for the shortcomings and may the Forum be beneficial to all of us. 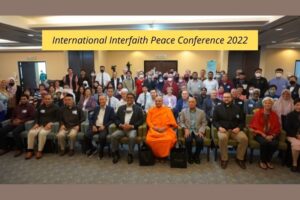 Compassion – The Antidote To Religious Intolerance 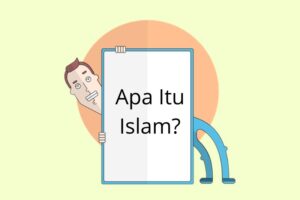 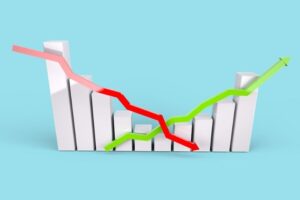 More Pressing To Improve Income Of The B40 And M40 Groups 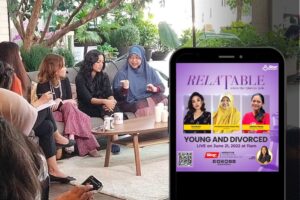 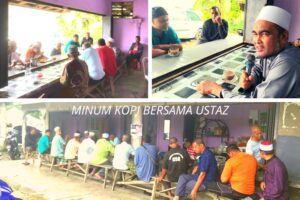